Basketball Conditioning: Upper Body Strength Applications Before, During and After Practice

Upper body strength for basketball athletes is essential for power and endurance applications on the court.  All aspects of the front, back and lateral shoulder complex are involved in offense (shooting, passing, dribbling) and defense (rebounding, post moves, defensive position, blocking shots) situations.  At the developmental level (i.e., high school and middle school), many times basketball athletes have minimal opportunities to enhance strength and power in the weight room setting, or are negated weight room space and time to out-of-season sports like football or baseball.  During practice, conditioning can and should involve upper body strengthening to enhance both power and stamina.  Resistance cord and body weight applications allow a multitude of movements to develop all aspects of the shoulders, chest and back muscles. 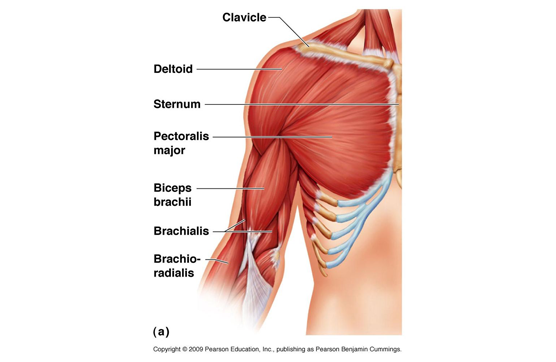 Basketball relies heavily on the ability to transition from a defensive movement to an offensive position, from linear motion to a change of direction, and from a power/explosive motion to an endurance type situation.  Similar to current fitness trends, by combining resistance applications with body weight movements, challenge both the muscular system and the metabolic (energy) systems.  Speed-endurance, as well as strength-endurance, are constantly being challenged during basketball movements.  The addition of simple movements during practice allow athletes the opportunity to continue to ‘build’ these speed-endurance and strength-endurance qualities.

Variable resistance cords allow athletes to understand the various movement patterns involved in both life and athletics.  We never push, pull or lift an object the same way every time….we push high or low, we pull at various angles, we press overhead, we lift objects from very low depths, and we do multiple tasks with one arm or one leg.  All of these variations can be performed with resistance cords at different resistances, angles, positions, and speeds.  Speed is an interesting component when using resistance cords especially for basketball players.  By timing the drill, athletes are forced to move the cord/band at higher intensities, which not only challenges the muscle system, but also the energy systems.  The deceleration components of variable resistance challenge body awareness, body control, and promote total body stability.  Loading and intensities can be manipulated easily, safely and consistently, so no two days/practices are the same.  This versatility gives the coach numerous options to strengthen all areas of the upper body, and be more specific for positions, i.e., post players, point guards, forwards.

The below exercises (see pictures) offer some options for basketball training applications using variable loading, as well as some training circuits to consider during practice. 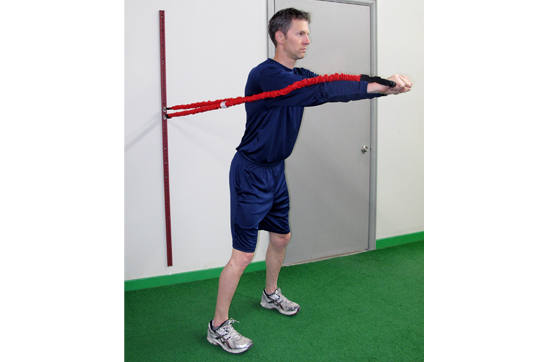 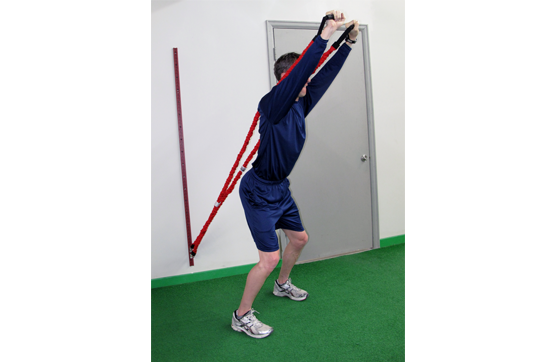 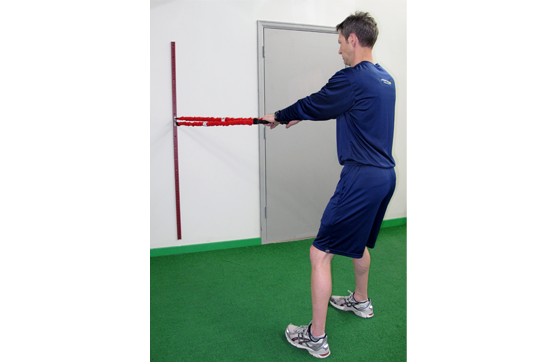 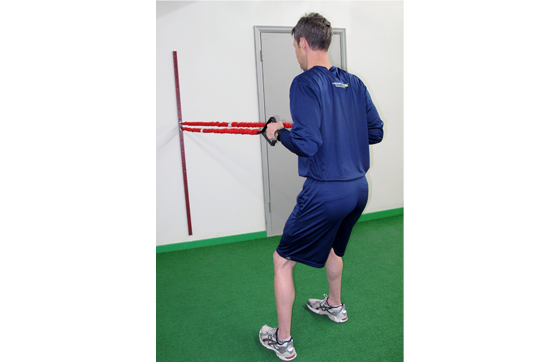 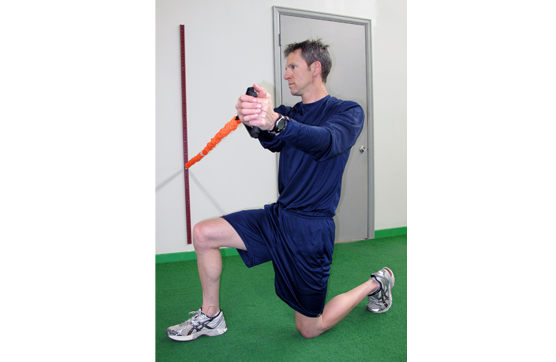