The Importance of Sprint Mechanics for Reducing Injury

The Importance of Sprint Mechanics for Reducing Injury 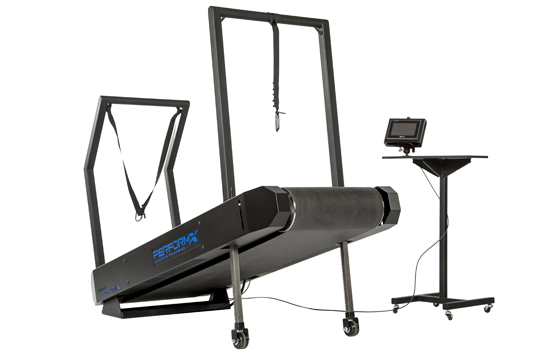 Establishing proper technique with all human movement allows us the freedom to perform various complex tasks with minimal opportunity for injury.  The expression, “Practice makes Perfect”, was later changed to “Perfect practice makes perfect performance”, which fully emphasized the importance of proper technique in whatever skill one is performing.

To take a comprehensive approach, the mechanics of running/sprinting are involved in most sports, and the thought of poor running mechanics in any sport can predispose individuals to injury in areas unrelated to their skill-set.  Baseball players and soccer athletes have been known to ‘over-stride’ or ‘over-reach’ when striding for the bag or ball, respectively, causing hamstring strains or ruptures.  These are classic examples of injury occurrences unrelated to hitting and throwing (baseball), or kicking (soccer), as the primary movement skills in both of these sports.  Although, it is understandable that during the ‘heat of competition’, reaching or over-striding will occur by no fault of the athlete.  The scientific approach to this occurrence is maybe ‘easier said than done’ by simply stating the baseball or soccer athlete is deficient in proper running mechanics and that skill needs to be improved during the off-season training program.  Most high-level athletes would disagree, but at the beginner and/or youth level, these guidelines should be established, executed, and practiced frequently to reduce the chances of injury due to not only over-striding/over-reaching, but injury by not knowing the basic mechanics of running.  Youth sports put so much emphasis on early skill development that the ability to run from point A to point B sometimes gets lost in the grand scheme of things.  We can hit the baseball, but can’t run the bases effectively and efficiently; we can kick the soccer ball, but can’t run down the field to kick it again or make a pass.

Guidelines for teaching proper sprint mechanics are described below with the thought that any coach, trainer or parent can implement these with minimal sprint training background.  Ideally, sprint mechanics should be practiced daily or implemented prior to practice during dynamic warm-up, as well as emphasized during specific drills during the practice.  Adhering to, and being consistent with, these basic principles can reduce the chances of non-skill related injuries throughout the career of an athlete and improve performance.

Posture for sprint mechanics is typically associated with proper alignment of the shoulders and pelvis. Essentially, encouraging individuals to ‘stay tall’ when they run.  Everything your mother taught you as a kid, “sit up straight” and “stand up tall”, apply to the first application of proper sprint mechanics.  The pelvis, or hips, should follow suit with adequate upper body alignment, and should be positioned under the torso.  Adequate posture properly aligns the joints and muscles to perform their intended movements.  If restrictions occur during proper alignment of the shoulders and hips, other interventions may need to be considered.

The arms, from the shoulder to the wrist, dictate the speed at which the lower body can potentially move. The arms also create adequate rotational balance when propelling the body forward in a fast manner.  Proper positioning of the arms should allow for a 90 degree bend at the elbow, with the hands relaxed, and a ‘looseness’ in the shoulder to allow a forward and back motion within the shoulder joint.  The motion of the arms at the shoulder should follow a ‘chin to pocket’ pathway.  The faster the arms are propelled backward, the more of a ‘stretch reflex’ that can occur in the muscles and tendons of the shoulder, creating more speed moving forward.

The stride and stride length tend be overly analyzed in high level sprinting, and rightfully so when hundredths of a second and gold medals are on the line. Simplistically, stride is determined by nothing more than the length of the individual’s legs, but can be coached in a way that adequately encourages a full range of motion throughout that leg length.  Two aspects of teaching stride are proper knee lift and adequate heel positioning during the swing phase of running.  Knee lift should occur at or around 90 degrees of hip flexion (knee parallel to the ground) to optimize stride length.  Each time the knee does not reach a 90 degree position at the top of the swing phase, especially during sprinting, the athlete’s stride distance is reduced.  The heel should be positioned as close to the glutes as possible as the foot is ‘pulled thru’ during the swing phase of the stride to optimize the efficiency and the velocity with which the swing phase is executed.  Speed drills referred to as ‘pawing’ or ‘clawing’ can reinforce this optimal motion of knee lift and heel position, which is then verbally reinforced during over-ground or treadmill running.  As much as the individual is picking their knee up, they are also mimicking the motion of ‘kicking their butt’ as they pull the foot underneath the pelvis.  Ironically, simply encouraging “knee up” and “heel thru” maximizes stride length and can prevent over-striding.

Key Coaching Cue: “Drive the knee” “Knee up” “Heel thru”

The process of landing consistently on the ‘ball’ of the foot (forefoot) is easily encouraged but often hard to maintain. But, we need to start with encouraging!  The maintenance comes with consistency, strength gains in the calf muscles, and overall soft tissue adaptation.  Short distance runs/sprints, i.e., 20m, 30m, 40m, etc., should be encouraged early on at low repetitions, to adapt the muscles and tendons of the lower leg to forefoot sprinting.  The main reason for consistently landing on the ‘ball’ of the foot is to reduce the amount of braking force that can occur if landing on the heel of the foot.  Braking force is a slowing or stopping of the running momentum which is not optimal for speed improvement, and it can also induce lower body injuries if done frequently over time.  By impacting the ground correctly, high forces are absorbed through the muscles instead of the bones and joints.

The absence of injury can never truly be obliterated but the reduction in its occurrence can be controlled especially for non-skill related activities, i.e., running, through proper guidelines, technical drilling and consistent practice.  Tendencies to over-stride or over-reach may be reduced in sports like baseball or soccer because of adequate instruction and an emphasis on establishing good sprinting mechanics as a priority before, during and after practice.