To be strong and exert maximal force is one thing – to be powerful is another.

If you recall from physics, biomechanics or exercise physiology, POWER is the rate of doing work and is the product of force and velocity (P = F x v). Coaches and athletes definitely recognize that the ability to produce force quickly is critical in many athletic movements such as sprinting and jumping. And, the vertical jump test is often used as a marker of lower body power.

What the science says

Improving muscular power can be achieved through a sound, well-designed resistance training program by changing the force component of the power equation, and also through plyometrics including resisted jump training. Indeed, several studies have shown that resisted jump training improves vertical jump performance.  In turn, vertical jump performance is also correlated with 10-yard dash times or the ability to accelerate as shown in the figure below of high school football players. 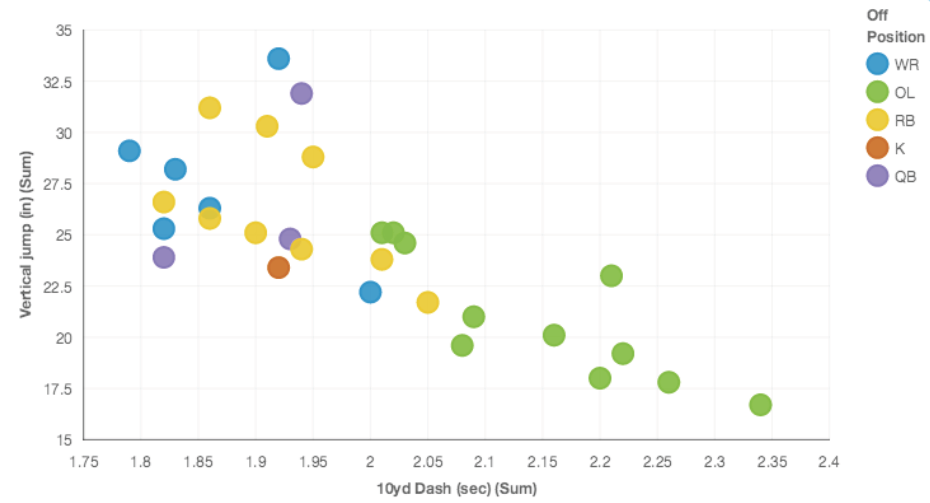 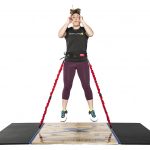 The Jump-X™ System allows for cord-loaded vertical jump training.  The unique cord system is secured from the athlete wearing the comfortable Speed-X 360 belt into the Trak-X on either an inlaid platform or above ground platform. The durable cords come in 7 resistance levels, all with specific loads based on height and inches of cord stretch.

Several NFL teams, colleges and high schools have installed the Jump-X system into their programs either as part of newly constructed weight rooms or retrofitted into existing inlaid or above ground platforms. 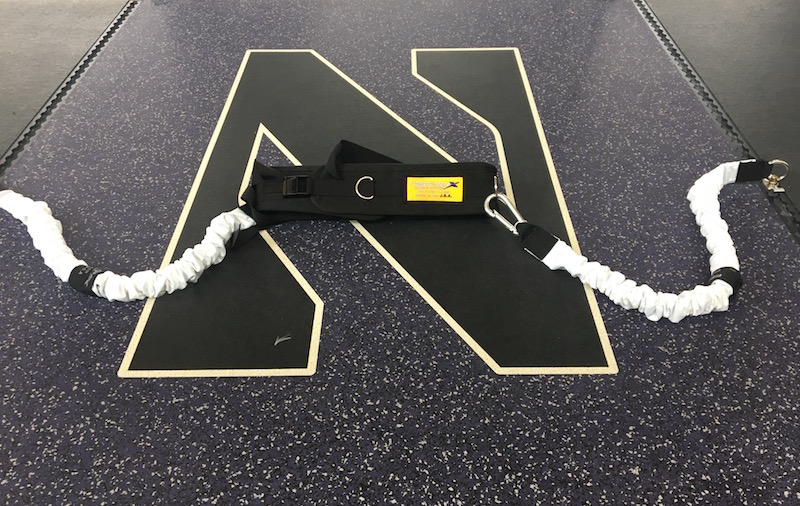