Two-Leg versus One-Leg Plyometric Applications: Is one better?

Two-Leg versus One-Leg Plyometric Applications: Is one better? 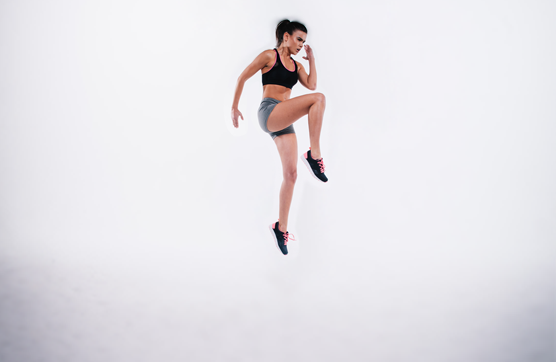 Training intensity and progressions are two areas of high importance that we will expound upon in later posts to better guide coaches in developing plyometric programs or individual sessions.  It is often understood that progressions should always follow a ‘both leg’ to ‘single leg’ approach whether we are dealing with strength training, plyometric training, or water skiing for that matter.  But, once an athlete has established proficiency in both applications, should one be focused on more than the other?

Intensity is a difficult factor to truly evaluate when performing plyometrics.  Strength training uses a repetition max (RM) while endurance sports use heart rate (HR) and/or watts.  Plyometrics fall into the categories of “high” or “low” intensity, most often based on contacts with the floor, the speed of the drill, the height of the jump, or the load of the implement being used (i.e., resistance cords, weighted vests, dumbbells, bars, etc.).  Scientists have attempted to quantify intensity by using force-plates or electromyography (EMG) for measuring ground reaction forces and muscle activation, respectively.  They have concluded in a handful of studies that single-leg plyometric applications, especially during landing, produce the highest intensity movements.  Perfect, single-leg exercises it is….Done!!  But wait, we want to point out some application guidelines to get athletes to that level where consistent single-leg drilling is performed.

In later posts, we will discuss certain aspects of “progressions” to address the benefits of using one before the other and the performance characteristics of each.  Here is a small excerpt below:

“Double-Leg versus Single-Leg – Similar to bodyweight efficiency, individuals want to progress movements from double-leg to single-leg.  Double-leg movements provide more stability and accuracy when performing fundamental plyometric applications, and optimize body control for coordination improvement and safety.  Progressing to single-leg applications provides more unilateral strength improvements, which can be very beneficial for all sport movements.  Most cuts, pivots, jumps, landings, and sport-specific skills are indirectly done on one limb, and neuromuscular movements are crucial in promoting performance and reducing the chances of injury.”

Expounding upon these statements, we want to look at 3 factors supporting each application that clarify the need for both within a program.  These three factors that are discussed ad nauseam in performance literature are STRENGTH, POWER, and SPEED.

Bilateral strength versus unilateral strength is somewhat of a ‘no-brainer’.  We are inevitably stronger on two legs compared to one.  But, when we look at plyometric intensity, especially based on previous research, single-leg plyometric applications have shown to offer high levels of intensity especially during the landing phase of jumping.  This involves a more ‘vertical-based’ application where we are forcing the muscles of the legs to work harder to control and absorb the impact forces, especially when using bodyweight, boxes or other external loads.  Equal in strength gains but slightly lower in intensity, using patterns or line applications allow positive training effects for more ‘horizontally-based’ tasks, and offer stability and speed enhancements as well.  In conclusion, early initiation of plyometrics should involve ample double-leg activity to establish body control, proprioception, and strength.  Vertical-based movements using boxes, barriers, or external loads create strength and prepare the lower body to utilize single-leg applications.  In addition, directional plyometrics, i.e., lateral, forward, backward and diagonal, should be implemented to enhance strength, and offer a lower intensity/lower energy expenditure application to complement other movements.

High power applications are typically accomplished using bodyweight, or a low percentage of weight based on RM.  Double-leg plyometric applications offer the highest amount of power, especially when accompanied by an external load.  Not only are we ‘moving’ at a high velocity in a shorter period of time, but we are also applying high levels of force in a vertical or horizontal direction.  This high intention of speed, coupled with external force, yield a high power output.  Power is best manipulated using a two-leg approach, preferably with an external load like resistance cords, weighted vests, or dumbbells.  Single-leg applications can be implemented to this type of routine but low rates of force development have been noted due to intrinsic factors that require more control of the take-offs and landings.

Two-leg plyometric applications, with low levels of external load are optimal for improving speed performance, whether it be in the vertical or horizontal planes.  Although, the horizontal plane also involves single-leg speed applications when we speak of sprinting or agility.  Thus it is important to implement not only speed-specific drills using both legs, but also drills involving one-leg to best imitate the horizontal speed necessary for linear and multi-directional movements.  Modalities like pattern and line drills, low box rebound jumps, or simulated ‘sprint-strides’ on a box, assist in the process of developing speed, especially for horizontal movements.  Using bodyweight, box or barriers that are 12” or below, and light resistance cords are optimal for training single-leg speed.

In summary, although single-leg applications require a high amount of intensity and may be considered optimal for enhancing performance in many strength, power and speed movements, equal amounts of both double-leg and single-leg plyometrics should be incorporated into a training routine.  Based on the sport, the vertical or horizontal requirements, and the metabolic costs, plyometric training applications can be manipulated in numerous ways to successfully target those areas of high importance in athletic performance….do I need to mention what they are?