In relation to the previous performance blog post on variable resistance and the squat, the bench press movement is probably the second most popular exercise in the strength and conditioning field.  Optimal development of upper body strength is dependent on high force production using pushing movements, and many will argue that optimal strength levels will not be reached if consistent and progressive pushing movements are not involved in the strengthening program.

The bench press exercise has generally been seen as the ‘all-purpose’ strengthening tool to optimize upper body strength and power.  One method that often gets overlooked is using variable resistance applications to not only develop strength, but also to improve power.  Variable resistance involves some type of implement – cord, band or chain – attached to the frame of the rack and the bar that “varies” the load throughout the range of motion of the movement.  Typically, the variability occurs as a decrease in load during the descent phase, and an increased loading during the ascent.  This concept essentially increases the load as the mechanical advantage of the upper body improves.  In other words, as the exercise gets easier the load gets heavier!

Using variable loading doesn’t traditionally occur, mainly because of the technique learning curve that may take longer with younger lifters, and safety concerns.  But, once the technique is sufficient and traditional weight is assumed to be added, the coach should consider a variable application.  Light or moderate loads can be considered at 5-15% of bodyweight since a repetition maximum has not been established.  Some key advantages are outlined below.  The variable resistance mechanism in this post will be a strategically designed bench press cord with quantified resistances for an easy determination of load during the barbell bench press exercise. 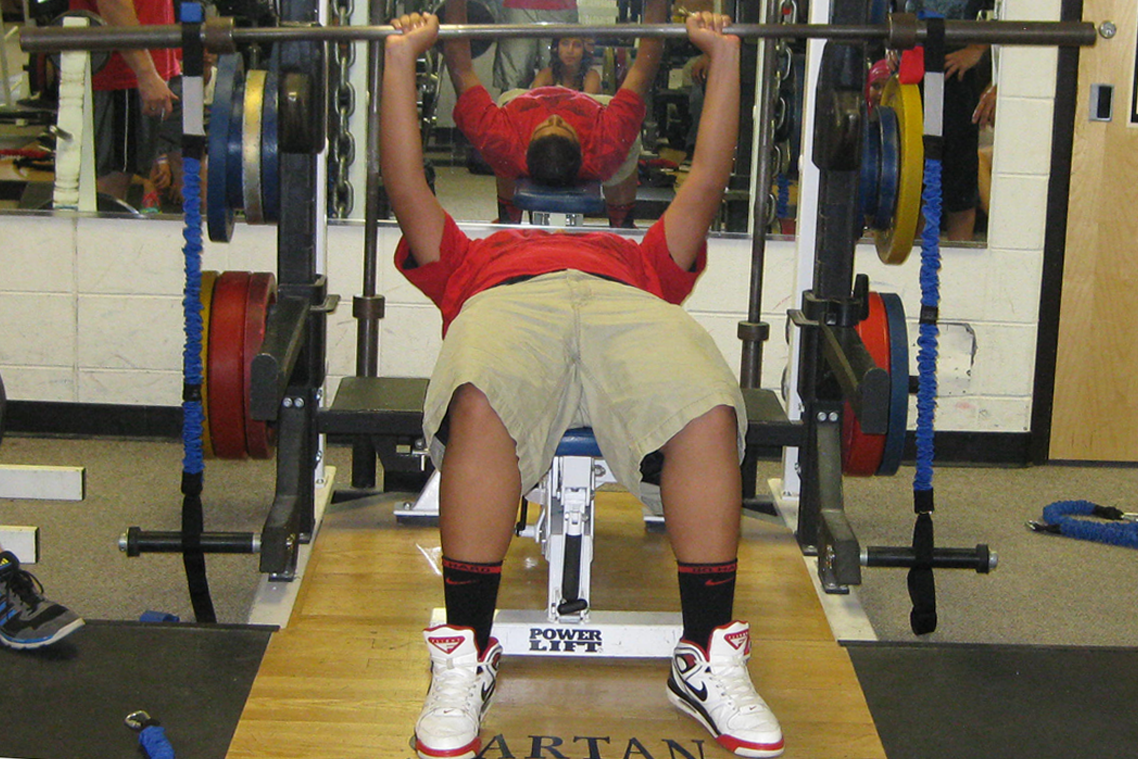 Utilizing variable resistance loading can provide key benefits for not only strength development, but also for coordination, power and stability.  This change in stimulus will improve upper body strength throughout the full range of motion, and promote greater strength gains.

One thought on “Using Variable Resistance for the Bench Press”