The Wall-mounted Trak-X™ system: Insight from the University of Michigan

As mentioned in a previous blog The Evolution of the Lifting Platform the Perform-X Trak-X system is being implemented into the inlaid platform of several high school, college and professional weight rooms across the country. 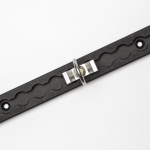 However, this customized metal strip that allows for safe and effective anchoring of resistance cords is not limited to being installed into the floor. The Trak-X system can also be mounted to the wall (given specifications) providing a very versatile training space or performance zone for training strength, power and movement in all athletes.

In this blog, Lew Porchiazzo, strength and conditioning coach at the University of Michigan, shares his thoughts on the wall-mounted Trak-X system in this Q&A.

Why did you install the Trak-X system?

In 2018, we opened the Sports Performance Center on south campus. In addition to installing the Trak-X system at all 40 inlaid platforms, we also installed it on the wall of our upstairs 35×15 yard turf area. This provided us with some variation and diversity to the agility and plyometric training programs by adding variable resistance to the movements. 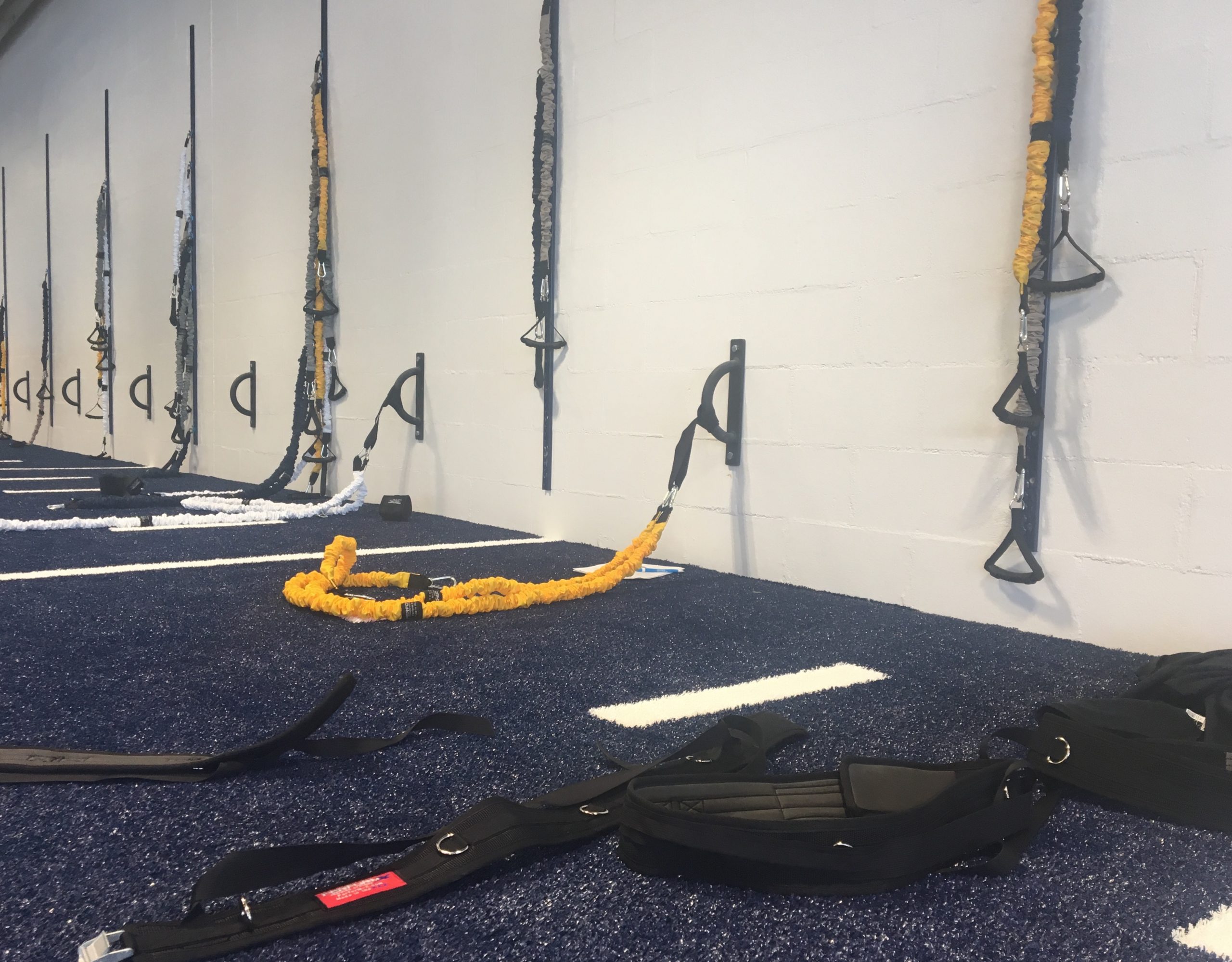 How do you incorporate the wall-mounted Trak-X system into your training sessions?

Many of the Olympic sports (soccer, lacrosse, baseball, tennis, etc.) that train in the facility have incorporated the resistance cords 1-3 days per week for as short as 5 minutes and as long as 30 minutes. This may be part of movement prep or a focused agility or plyometric training session.

For example, we’ve utilized the Speed-X lower body system for assisted and resisted multi-directional change-of-direction/agility training in a small space. Generally, this is done for short work periods of 5-20 seconds to focus on explosiveness and energy system development.  Additionally, for plyometrics we’ve used the cords for added resistance on unilateral (single leg) and bilateral (both legs) movements both linearly (forwards and backwards) and laterally (side-to-side shuffle).

The wall-mounted Trak-X system and resistance cords are used throughout the training year, including early off-season, pre-season, and in-season.  The training volume and intensities are relative and appropriate for the training phase.

What are coaches and athletes saying?

The feedback that we’ve received from many coaches and student-athletes is highly positive. The common theme being “the Perform-X wall Trak system has allowed us to make our movement training more ‘sport-specific’”.

Generally speaking, the benefit of adding variable resistance to our agility and plyometric training will require our student-athletes to apply more force into the ground to overcome this resistance.  The ability to recruit more motor units and muscle fibers, will benefit their un-resisted training and we believe will improve general movement quality and velocity that transfers well into sport practice and competition.

Lew is part of the University of Michigan Olympic Sport Strength and Conditioning Staff. He began as a Graduate Assistant in August 2009 and has risen through the ranks to become a Head Strength and Conditioning coach. Lew also serves as coordinator of the new state-of-the-art 25,000-square-foot Sports Performance Center weight room. He possesses a Master’s degree from Eastern Michigan University and graduated with a BS in Exercise Science from William Paterson University.

3 thoughts on “The Wall-mounted Trak-X™ system: Insight from the University of Michigan”